Despite market odds at only 20%, here’s why the Fed could raise rates this week

Rolling back the clock a few years to the Bernanke taper tantrum in 2013 and the Fed’s forecast for interest rate hikes; it is clear that they suffer from an increasing loss of credibility. The academic establishment is slowly coming around to the fact that monetary policy, as it pertains to negative and zero interest rate policy (NIRP, ZIRP), is becoming increasingly ineffective. Several ex-Fed officials are coming around to this realization as well.

The Fed is desperate to normalize interest rates and ween the economy off NIRP, but they have been scared that a stronger US dollar, and potential for equity market weakness, would derail the global economy. This fear is well founded, but their forward guidance and dot plots are past the point of embarrassing.

We went back and looked at the last time the FOMC surprised the market with a rate hike. We may have missed one, but the last one we remember was in 1994. Larry Summer’s, who finished runner-up to Yellen for the current Chair of the Fed, said the Fed is being manipulated by the market last week. It’s clear that the tail is wagging the dog.

We think that the Fed will surprise this market with a rate hike this week. There has been enough rhetoric from FOMC members to suggest they will do it. The trend of economic data was just as bad in December as it has been in the past month (save for the employment data). Thus, recent weak data points are not an excuse. The Citibank economic surprise index has been trending lower for about six weeks, not unlike we saw in Q4 2015 when the Fed last raised rates. Not raising rates because of the data is just not a credible argument.

They have strong equity markets and employment now.  If they wait much longer, this leverage could be derailed by foreign influences, which would suggest the FED has lost control of monetary policy.

The question is how they frame the hike:

If they suggest it will be a “one and done” scenario, with a lower longer-term target, then the downside risk should not be too bad. If they raise rates and suggest more hikes are coming on a data dependent basis, they will run the risk of a sharp spike in equity and bond market volatility globally. But don’t look for a 1994 type market for bonds as they will be quick to cut rates in 2017 should the global economy falter. The next global downturn will almost certainly see negative rates in the US and Canada, as demand falls and oil prices could drop below $25.

If they do not raise rates and leave it data dependent, they risk increased uncertainty, more collegian scrutiny, and a further loss of reputation. There will be much more going on at this week’s meeting than a simple yeah or nay! This decision may be more about psychology than policy according to bond king Jeffrey Gundlach. 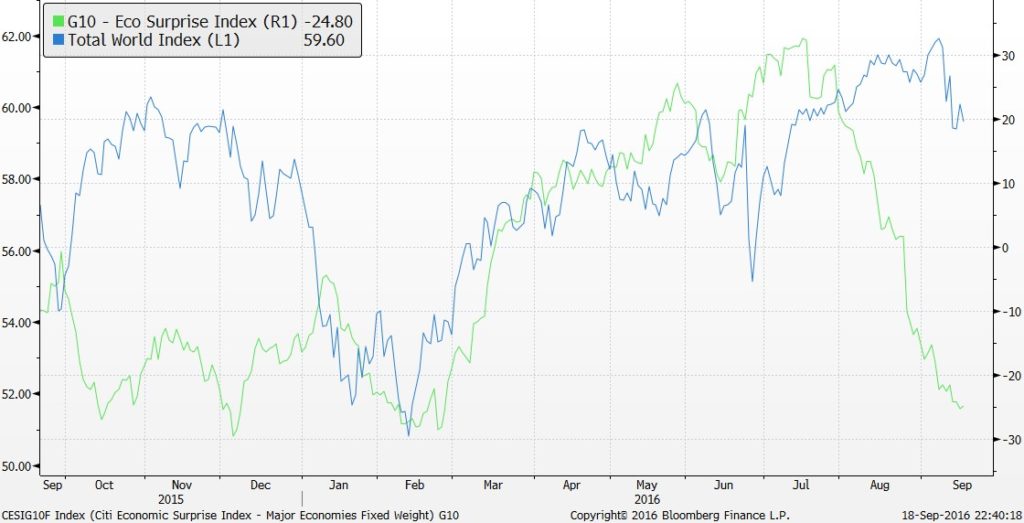