Bullish on Green Investing, Bearish on Carbon Tax, No Joke

On this #AprilFoolsDay it’s no joke that carbon taxes are here Canada. They won’t work at all. They will just make life more expensive. Read what Bill Gates is doing about it. Science will solve the climate challenge, it’s clear where investments need to be made. I posted on Linked-In today an article by Bill Gates. I’m bullish on his software and I’m bullish on his philanthropy. 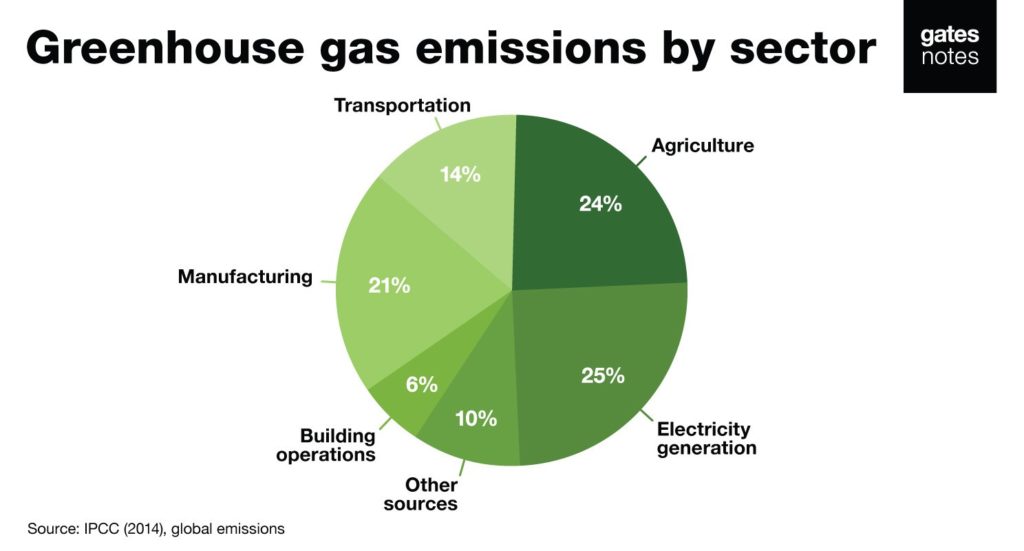 I rally against carbon taxes because they simply won’t work. The economic model says tax the things you want less of. But a necessity like driving to work and heating your home are not really substitutable for most and that’s where the ideology fails. It you want to stop behaviour the tax needs to be punitive. Think a pack of smokes for $100 versus $100 for a carton. Today taxes rise on those too $4 a carton. So how many more people cannot afford to smoke? Right, not any. And smoking kills, we all know it, we cannot debate it, though some do.

Today in Ontario and other provinces, carbon tax increased the price of 1 litre of regular unleaded gas 4.5 cents per litre. No one is going to drive less at all. And the plan is to keep raising that tax for several more years. Still, another 15-20 cents per litre is only going to serve to subtract from other discretionary spending. In other words, poof, your hard-earned income is literally up in smoke.

If you want to stop something, it needs to be punitive. How many people could not afford to drive at double or triple the price per litre. The economic damage that will do is catastrophic. But the rebates will make it neutral they say. If that is true, which I doubt, then all that does is put prices higher because we will have the money to pay for it—IT WILL NOT CURB USAGE ONE IOTA.

People like Bill Gates and others investing in real scientific ideas to move the needle are where governments need to invest in my humble opinion.

Here’s a mind-blowing fact: there’s more carbon in soil than in the atmosphere and all plant life combined. That’s not a big deal when left to its own devices. But when soil gets disturbed—like it does when you convert a forest into cropland—all that stored carbon gets released into the atmosphere as carbon dioxide. That’s one reason why deforestation alone is responsible for 11 percent of all global greenhouse gas emissions. (Another reason is that forests and grasslands are natural carbon sinks. Clearing them reduces the planet’s capacity to remove carbon dioxide from the air.)

Microscopic nitrogen factories that replace fertilizer: What if we could fertilize plants without releasing so much harmful nitrous oxide into the air? BEV is invested in a company called Pivot Bio that has genetically modified microbes to provide plants with the nitrogen they need without the excess greenhouse gases that synthetic alternatives produce.

So how do we fight climate change caused by agriculture? We can’t simply get rid of soil—or stop growing crops, using fertilizer, and raising livestock. There are some changes that societies can make—people in level 3 and 4 countries will eat more meat as they move up the income ladder, so people in level 3 and 4 countries could consume less to compensate, for example—but at the end of the day, people need to eat.

That’s why the goal with agriculture is not to reduce the amount created, but to reduce emissions per product.

Here is a must watch video that explains what they are doing. This is very exciting and bullish for climate change.

If we apply this thinking to vehicle emissions or energy creation, the two of the largest emitters, we see that taxes won’t work as I’ve described because we have to drive and eat and if you make it unaffordable, that is a bad plan. We need to invest in science and technology. That’s really the only way to do it.

From an investment standpoint, investing in Clean Energy or Traditional Energy for the past decade has been brutal to put it mildly. I think we all would like a clean planet and would all like to do our part. Let’s encourage government to invest in science and technology like Bill Gates really putting in an effort to move the needle. Carbon tax is a sad joke that will not work, let’s invest in smart solutions. 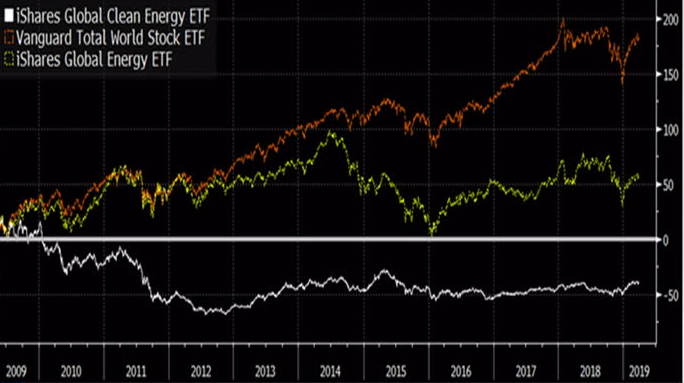 One thought on “Bullish on Green Investing, Bearish on Carbon Tax, No Joke”