G20 says to spend and trade. But who’s going to pay for it?

The global push to spend at all costs has to end. The debt governments are accumulating to do so are toxic to future generations and stymying future growth. The G20 communique highlights the following messages, which is simply more of the same rhetoric. I’m not surprised and I’m very disappointed.

Looking at the top four economic blocks of U.S., China, Japan and Europe, over 150 per cent of economic growth generated since the Lehman moment (Sept 15, 2008) has been due to massive government deficits. The U.S. government’s own forecast for the next decade is toxic.The G20 rhetoric to spend without real structural reforms is simply placing a burden on future generations at the expense of current GDP. Maybe, just maybe, Trump is the guy to shake it up if you can look past the offensive xenophobia — it’s a DISASTER!This link is a good primer on debt from Investopedia. 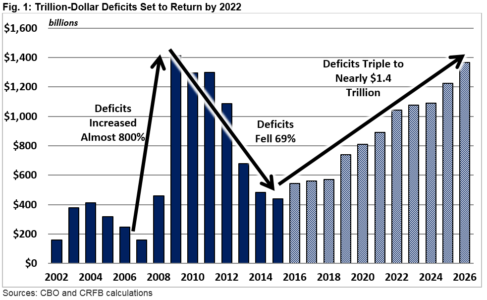 Looking at bullets from the G20 statement:

“The global economic recovery continues but remains weaker than desirable. Meanwhile, the benefits of growth need to be shared more broadly within and among countries to promote inclusiveness.”

Several times throughout the communique they emphasized the word inclusiveness. This tells us that governments want to raise taxes and are turning more socialist. Changes to government policy are needed to solve the debt problem, but not from what I see in the statement. The idea of universal basic income is likely to gain political traction.

“We are taking actions to foster confidence and support growth. In light of recent developments, we reiterate our determination to use all policy tools – monetary, fiscal and structural – individually and collectively to achieve our goal of strong, sustainable, balanced and inclusive growth.”

They are basically saying that interest rates will stay low and the spending spigots will be turned to the max. This could defer the next recession, but when it hits, it will likely be far worse than 2008-09 as these policies will be ineffective to stop it.

“We will consult closely on exchange markets. We reaffirm our previous exchange rate commitments, including that we will refrain from competitive devaluations and we will not target our exchange rates for competitive purposes.”

This no doubt came from the U.S., a country that is concerned about the strong dollar. There is nothing they can do about it, save for cutting interest rates or more QE, which they would rather not do, but will in the next recession.

“We will resist all forms of protectionism… We underscore the role of open trade policies and a strong and secure global trading system in promoting inclusive global economic growth, and we will make further efforts to revitalize global trade and lift investment. We will also strive to reduce excessive imbalances and promote greater inclusiveness in our pursuit of economic growth.”

Here they use inclusive again. They are likely referring to BREXIT and Trump’s protectionist rhetoric. The electorate is mad all over the developed world and protectionism is on the rise. This is a major growth headwind I’m not sure they can fix before it gets much worse.

“We recognize that the structural problems, including excess capacity in some industries, exacerbated by a weak global economic recovery and depressed market demand, have caused a negative impact on trade and workers.”

Good, recognizing the problem is the first step. The world has overbuilt for years and they pulled a lot of demand forward by these spend now policies to promote grow. Eventually, someone has to pay. The cost is slower economic growth in the future.

“To support our common growth objectives and the 2030 Agenda for Sustainable Development, we reaffirm our commitment to promote investment with focus on infrastructure in terms of both quantity and quality.”

And now we get to the investment recommendation part of my rant – infrastructure!

This is quality: In 1956, the Eisenhower administration signed the Federal Aid Highway Act to fund the building of the Interstate Highway System. This allowed trade and commerce between States to flourish. The benefit to GDP has had decades of impact to growth. Last year, Obama passed FAST, Fixing America’s Surface Transportation Act (this is quantity). The Act is being funded mostly from an 18.4 cent tax per gallon of fuel. But most of that money is simply going to rip up the existing roads and repaving them. It does not improve productivity at all. Yes, I know, crumbling infrastructure.

Let’s say that instead of fixing potholes, we put smart traffic light technology at every intersection. You are still putting the same number of people working, but we now save hundreds of thousands of barrels of oil per day in making intersections more fuel efficient. At the same time, employ people to remove all heating oil tanks in houses, install instant hot water tanks and remove the old bulky water heaters, and insulated homes with spray foam. We now just employed more people and saved another few hundred thousand barrels of oil per day. There are good infrastructure spends and bad. Ripping up a perfectly functional road and repaving it is the worst spend you can make.

When investing in infrastructure, be mindful of valuation. Remember, in most cases, these are highly regulated industries that typically do not have strong growth profiles.

There are 4 infrastructure ETFs in Canada:

Valuation in all these ETFs is extreme and they tend to be extremely interest rate sensitive. The performance has been good for several years, but do not expect that same type of return going forward. Yes, governments are investing in these areas, but it’s not a secret and it’s already priced in.