Why 4% Growth is a Thing of the Past

Adam Smith wrote in the Wealth of Nations that people would get bored of monotonous, repetitive labour. There is good news and bad news. The good news is that Robotics and Artificial Intelligence will likely take most of the boring monotonous jobs. The bad news is that there may not be enough jobs in the future for those being displaced.

While it’s true futurists have been prognosticating about Big Brother and the death of jobs for decades, we are now living the future where jobs are disappearing. We only wonder what Amazon (AMZN) will be able to do to disrupt the food industry. By some estimates, Amazon has already displaced hundreds of thousands of jobs worldwide with millions more to go.

We believe the main reason Donald Trump was elected is in the trends of the two charts below. Half the American population has had no real wage gains since the mid 1970s. While the top 10% are doing just fine from a real wage (after inflation) perspective, the vast majority of the wealth is being accumulated by very few people. As we spoke with Danielle Dimartino Booth last week, Fed policy of boosting the stock market and lowering interest rates helps those with savings, but does very little to boost real wages. As exciting as it is, robotics and artificial intelligence are only likely to make the separation of class worse. The number of people used to make a car today compared to 30 years ago is astonishing. Part of the protectionist shift of the Trump Administration to bring the jobs back and make America Great Again, may be more a lack of reality than anything else. 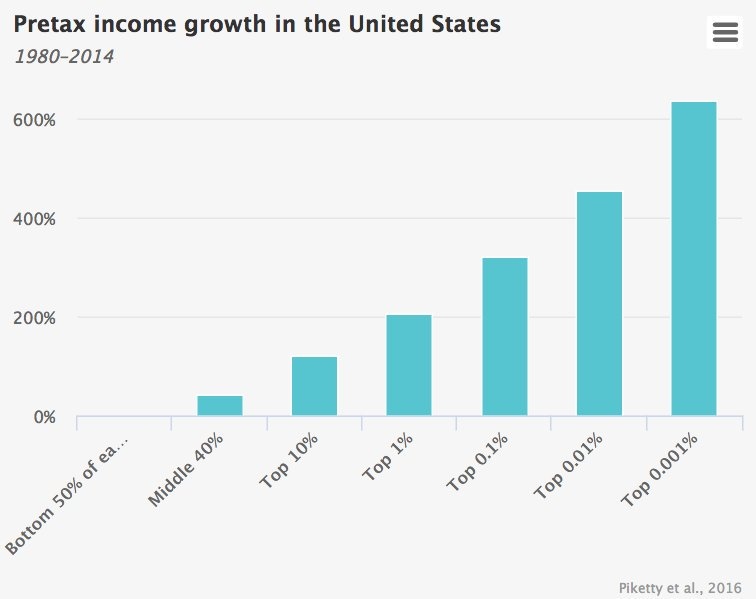 According to a 2015 report from BoA Merrill Lynch, the top 0.1% now own more wealth than the bottom 90%. The last time these two crossed this way was in the mid 1920s and we know what kind of economic environment we had when the bubble finally burst. This issue is one of the things that worries me about society. During the Occupy Wall Street movement and the discussions of income inequality that followed, “the one percent” became shorthand for wealth: To be in the one percent in America overall, “a family needs an income of $389,436,” the Economic Policy Institute reports. In Canada, and individual is considered to be in the top 1% at around $222,000+ of annual income. 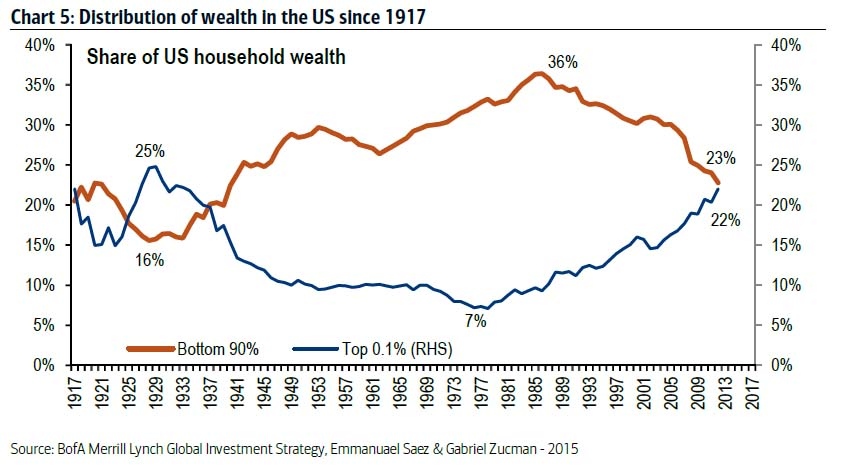 From an investment standpoint, I’m very bullish and excited by robotics, automation and artificial intelligence, they are likely going to be growth areas for decades to come. In the last few years, my company invested more than $200,000 on new software to make our workflow easier. That probably saved me from hiring a few people. And every company is doing something like this. The more governments raise taxes and minimum wages, the more investment we will see in technology to improve productivity eliminating the monotonous jobs. But soon, we will see other high skilled jobs augmented and replaced by these technologies too. This will free up labour to do other things, but work in the traditional sense may not be one of them. 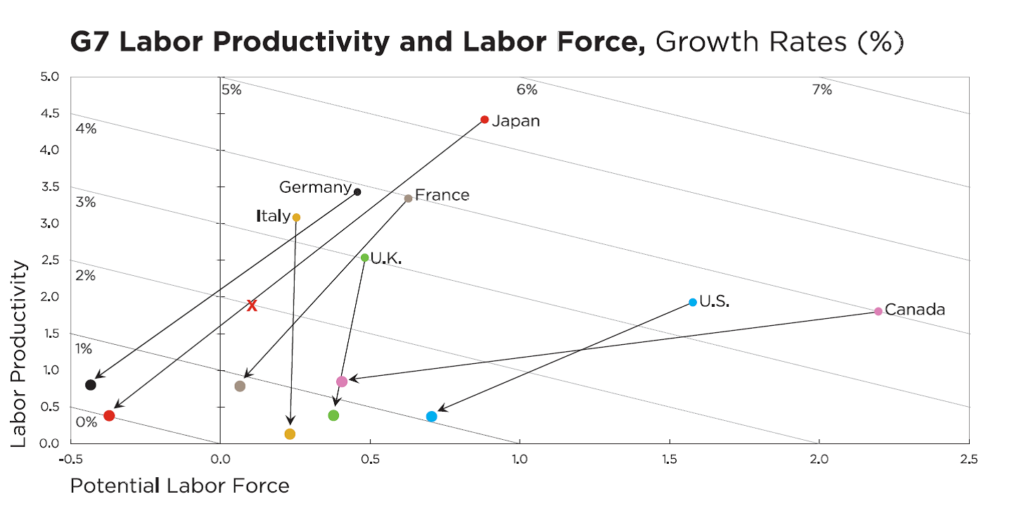 The next wave of productivity growth will not create jobs like we saw historically. And that is the troubling part of this whole area of future growth. I think it will ultimately lead governments to establish a Universal Basic Income program to replace the current package of social benefits. Social problems and growth concerns aside, the sector should provide longer-term growth for investors.

That said, investors have the opportunity to get on board and participate in what will likely be a growth area for decades to come. There are two ETFs that play in the sector ROBO and BOTZ. They have outperformed the total world index (VT.N) since being launched last year. I would not rush in to buy today, but I do like the idea of buying dips. Risk metrics in the sector is about 125% of the world index and the dividend yield on the underlying stocks area little over 1%. The trailing P/E is off the charts north of 50x. These statistics likely mean that in the next bear market these stocks will provide a very bumpy ride and not much in the way of dividends. Be cautious from an investment standpoint, but keep it on your RADAR and take advantage of periods of stress to get on board the longer-term disruptive trend.