Our first smoke alarm (white line in video attached) looks at the ratio spread between high quality U.S. corporate bond ETF (LQD) and the equivalent government ETF (IEF). Both of these ETFs have a similar duration (interest rate risk about 8 years) so that when we look at the price ratio, we get a pure look at what the market is suggesting about the additional price volatility of holding the more risky corporate bonds. The second spread compares the low quality U.S. corporate bond ETF (JNK) and the equivalent government ETF (IEF). The interest rate risk of these bonds are about 4.5 years.

You may have heard from me or others, that about 15-20% of the U.S, high yield market in the past decade has come from the energy sector and fracking in particular. This is one of the main reasons why high yield bond spreads have widened out. Both of these charts recently have come close to their worst levels since the post Lehman period in 2008/2009. So while there is some value developing in corporate bond spreads, it reminds us of how QE and the dislocations it has caused is impacting savers at the cost of trying to generate current consumption.

The more toxic CO2 alarm is looking at credit risks in the banks themselves and specifically in European banks. Our second chart looks at the European Bank ETF (EUFN) since inception in Feb 2010 compared to the FTSE Europe ETF (VGK). Since 2010, the banks have underperformed the overall market by 25%, but when you include the fact that 13% of the current index is banks and factor that in, the banks have underperformed everything else by over 30%.

Banks are a significant part of the markets all over the world and if this important group is lagging with all the stimulus that governments are putting in, you know that is a big warning signal for economic growth. In summer 2012, Draghi said he would do anything it takes to fight deflation, sparking a market rally, but since they actually started QE in March 2015, banks have led the markets lower.

Most recently at the February lows, the European banks got back to levels seen at the depths of the Greek crisis. These indicators suggest the global economy is smelling smoke and it’s far from healthy. Until we see strong leadership from European banks, it is unlikely that markets can do much on the upside.

On the horizon is a massive amount of debt that is coming due over the next few years for Portugal. When this is added to Greece, you know that growth in Europe is simply going to be difficult. In fact, keeping the EU together is going to be a challenge.

All these things to me are more evidence that interest rates are likely to stay near zero for decades to come.

Come out to my current roadshow where I will give you a few ideas on what to do with you money so that some of these risk factors turn to opportunities rather than something you need to worry about. 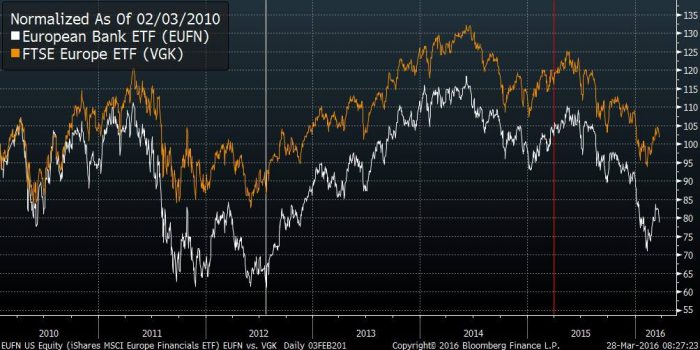 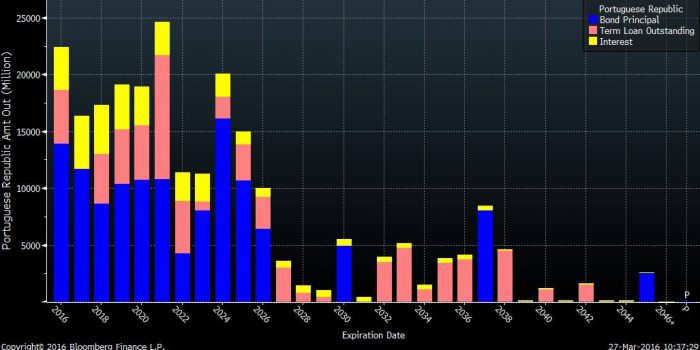 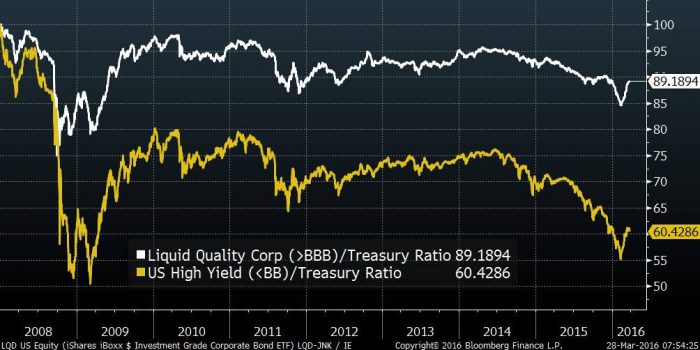