First, make sure you do your part in the effort to moderate the global pandemic. Not to participate would be selfish. Sacrifice is needed by all to preserve as much life as possible. Take care of yourself and your loved ones.

Although today is almost certainly not the bottom in equities. The good news is that the monetary and fiscal guns are already out. The bad news, the monetary guns are jammed up. They will help with financial system liquidity without question, but they won’t help medically, and that’s what’s needed. But Congress and Politics will likely be troubling on the fiscal side too. The same happened in 2008-2009, and it’ll be no different today. Indeed it may be more complicated. WE NEED NOTHING LESS THAN A BLANK CHECK to help mitigate the financial risks. That won’t be easy given changes to Dodd-Frank and the polarized political climate. Bottom line, social distancing is here for a few months—it’s working in places to reduce the spread dramatically.

I estimate that global GDP may fall 5-10% in the coming quarters. 2008 saw a dip of over 8% in the US, but the global economy never went negative. This time it’s the whole world. That’s about 3.5 to 7 Trillion dollars. It may take that much fiscal support globally. While the virus is temporary and we will recover, it could take several years to recover the GDP loss. The world is not ready for this and, contrary to Twitter, Trump doesn’t have it under control. 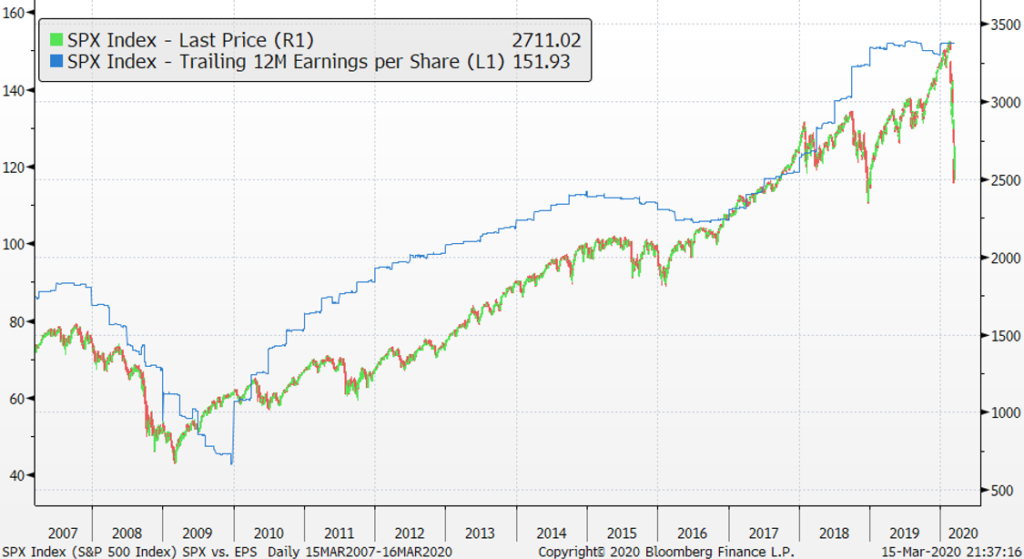 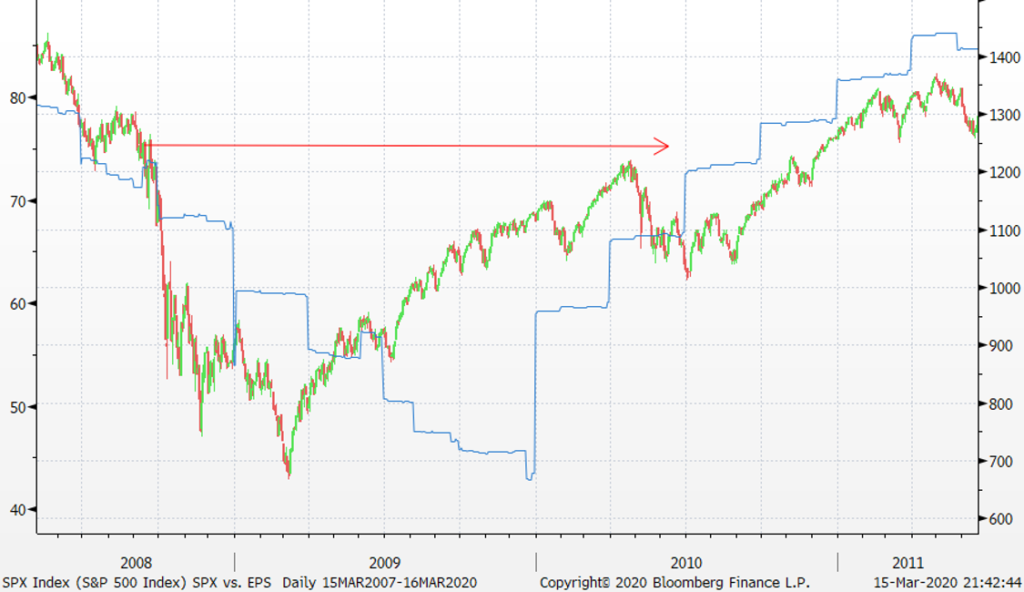 It’s time to have your plan to go shopping over the next few months! These will be the best valuations to own in more than a decade.

Our upcoming Spring BNN Bloomberg Roadshow is being converted to webniars (not live events) for this series. Please still sign up for your cities at http://investorsguidetothriving.com/, and you will get notified on the weekly webinars changes. If this unprecedented period of volatility does not convince you that one should be cautious when valuations are unstable so that you can get aggressive into periods of panic, you need to sign of for the upcoming series and learn more about the tools you need to use. We will host a weekly Berman’s Call online where Larry will update his thoughts on the market and have lots of Q&A and ideas to help you with navigating the markets. As always, we ask for a voluntary donation in support of Dementia and Alzheimer’s research at the Baycrest Hospital to attend. We have raised more than $500,000 in the past decade thanks in part to BNN Viewers and a matching donation from Larry.