Liquidity Driven Market About to Have Less Liquidity

Basic economics is the analysis of supply and demand. For markets, we get the added layer of fear and greed or the emotional quotient. The emotional aspect is what causes the extremes. Liquidity analysis we are considering here is more about the quality aspect. For most of the past decade, the major moves in global equities have been influenced by central bank liquidity. We have heard from just about everyone on the FOMC and on Wall Street that money is easy, time for fiscal. The market now need fiscal to keep the music playing. This manifests in what is called the Equity Risk Premium—the excess return in stocks relative to the risk-free rate. So here it comes, the fundamental supply and demand of the cost of money:

This analysis from the Congressional Budget Office was last done in September. Well before the latest $2.8T in additional spending/funding Bills and proposals. The CBO projected 2021 would have an 8.6% of GDP deficit before the new spending ($1T=approx. 5% of GDP). The required funding in 2021 is now in excess about $4T, about $2.5T more than the Fed is currently buying. That money needs to come from somewhere and while taxes will go up, they will not likely be this year. The market is about to be hit with huge supply problem. But don’t worry, the Fed will step on the gas again. They do not have a choice. It’s only a mater of when and how much. But expectations of a rising risk-free rate has a direct link to the equity risk premium. It’s one thing when bond yields are rising because the economy is strong, it’s quite another when yields are rising for the wrong reasons.

It was laughable to hear several central bankers opine last week that it’s time they thought about tapering. Say hello to 20%+ cut to the S&P 500 (like we saw in late 2018) that has been propped up on speculation of endless largesse, a vaccine, and cheap money liquidity when that happens.

One of our PRO-EYEs monitors is based on central bank liquidity. We added to our model in 2020 after completely missing the liquidity that drove market multiples last year. It was unprecedented and colossal. One of the first financial books I read in 1986 was Martin Zweig’s  “Winning on Wall Street.” Chapter 4 was titled Monetary Indicators “Don’t Fight the Fed.” The quality factor of this economy and market is abysmal. The degree of zombie companies making it because money is cheap is numbing. The number of companies only growing EPS because they are buying back stock is even more outrageous. Last year, I fought the Fed. The hindsight of 2020 confirms that was a bad call. Despite the poor quality of the economy and rally, the ERP drove multiples higher. The deficit math now risks the ERP going the other way.

Our basic supply and demand analysis of liquidity is that while it’s plentiful from a fiscal standpoint and mathematically that will boost GDP, the multiplier is rich, very rich.

Here comes the supply tsunami and asset markets may not like it. Until the Fed steps on the gas again. We saw the first sign that liquidity may be drying up last week as stocks retreated after the Biden stimulus announcement. The worst performers were many of the growth highflyers. This could make for a rough first 100 days for Biden. Powell said nothing about additional QE last week. The next FOMC is January 27th and then March 17. If he does not step up on Jan 27th, we could see equites have a very rough February.

But a peak into the future base don the CBO forecasts shows the deficits will grow going forward and the future we are heading to is one of Modern Monetary Theory. I strongly recommend you read Stephanie Kelton’s book Deficit Myth. Not because I agree with the conclusions, but I believe that is what governments will try next to keep the music playing. Social Security and Health Care (entitlements) costs are massive and the printing money is basically the only way to pay for it. 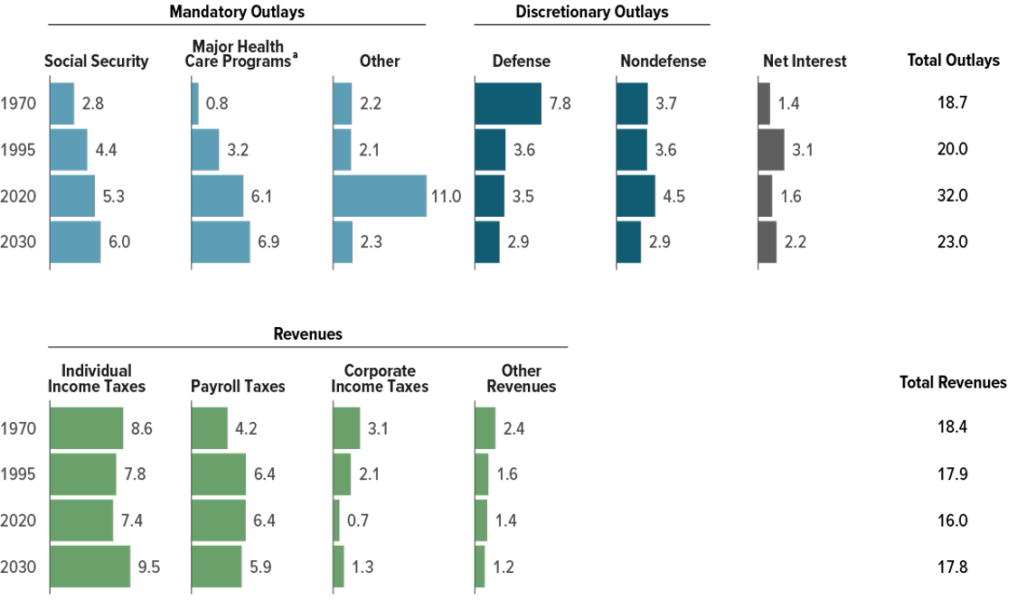 Look for more in the coming weeks from our new Berman’s Call Probable Return on Investment Index, PRO-II (pronounced Pro Eyes) Indicator. We will be launching the new website this month so that BNN viewers can follow along with the various risk and opportunity factors we follow.

Subscribe to my new YouTube channel LarryBermanOfficial which is the new site for all our educational content and my new weekly market recap and ETF bull and bear picks of the week. Look for a series of option based educational videos in 2021.