Warning: The Making of the Mother of All Crashes!

The famed fund manager Michael Burry featured in “The Big Short,” warned last week loses on crypto and meme stocks could be more than the GDP of some countries.

We look at the message from a few of his recent tweets. History repeats. Fear and Greed will always drive asset markets. It’s human nature.

“When crypto falls from trillions, or meme stocks fall from tens of billions, #MainStreet losses will approach the size of countries. History ain’t changed.”

The posts were later deleted, but the message is that a major liquidity bubble is developing, and there is no timing it. Recall that he was very early in his call for housing markets to implode as early as 2005. He has a habit of deleting his tweets soon after posting them. And earlier this year the investor told his followers that some of his Twitter activity had triggered a visit by the U.S. Securities and Exchange Commission.

Market breadth readings like the percentage of S&P 500 stocks above their own 50-day average has rarely shown such a bizarre divergence. Last week, the index dipped below 40%, which historically marks a bit of a short-term oversold reading. But the market was just about 2% off it’s all time highs, while it closed the week at all-time highs. In February, the then all-time showed about 75% of index members above their 50 day average. In April, it got to over 90%. An historically very strong reading. But since April, the average stock has fallen significantly. The new all-time high on Friday saw only 55% above the 50-day average. 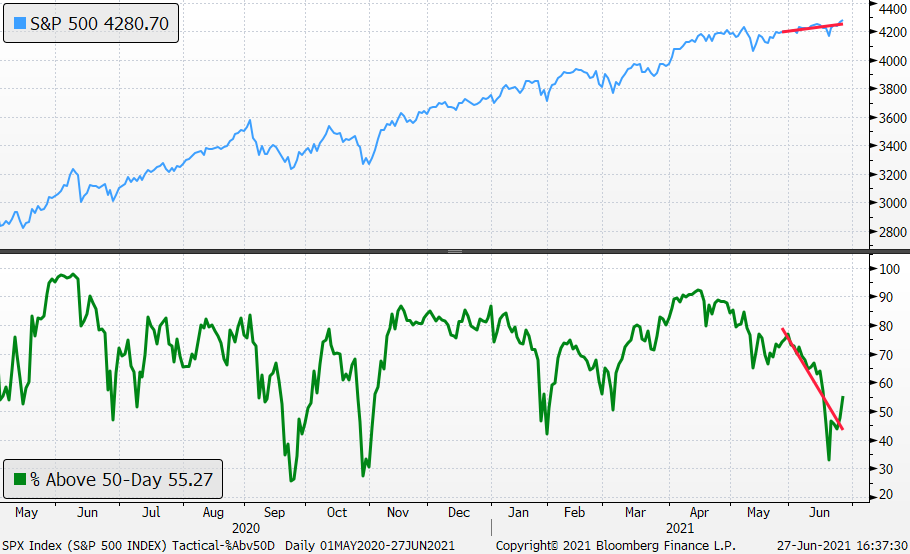 The last time we saw such extreme divergences was in 1999 and less o in 2007. As you can see, there is no point in time that is an AH-HA moment. Tops are a process. 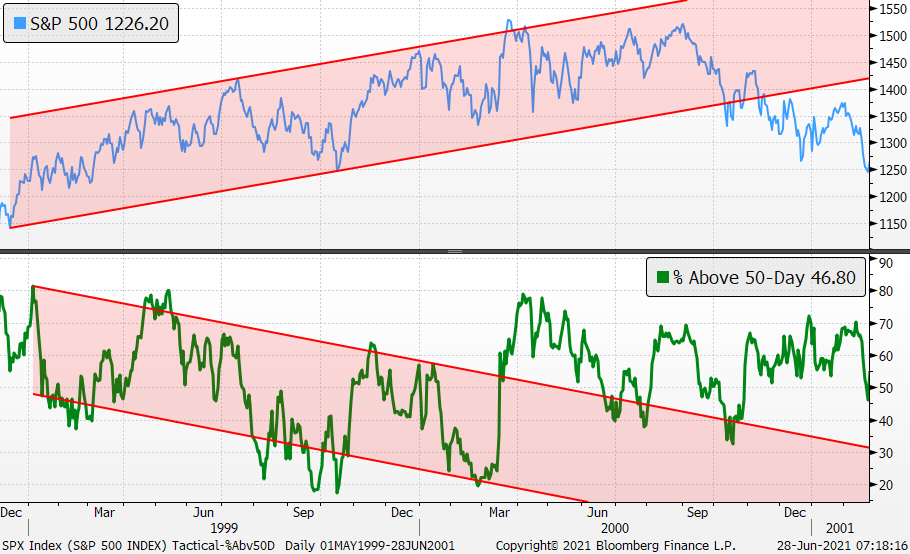 Make sure you check out our weekly update in our PRO-EYES macro indicators each week to help figure out when it’s time to be cautious or when it’s time to be opportunistic. The recent readings suggest late cycle risks, but central bank liquidity is still extremely supportive.