The FED Wants to Raise Rates Soon: Why The US Dollar Should Rally

The divergence in monetary policy between the U.S. and Europe, Japan, and Canada suggests that the U.S. dollar should strengthen notably over the next year. The developed market trade weighted U.S. dollar index’s most important currency pair is the euro and Canada is only 9.1 per cent of the index. So what happens in Europe when the heavy influence of the U.S. dollar flows globally? 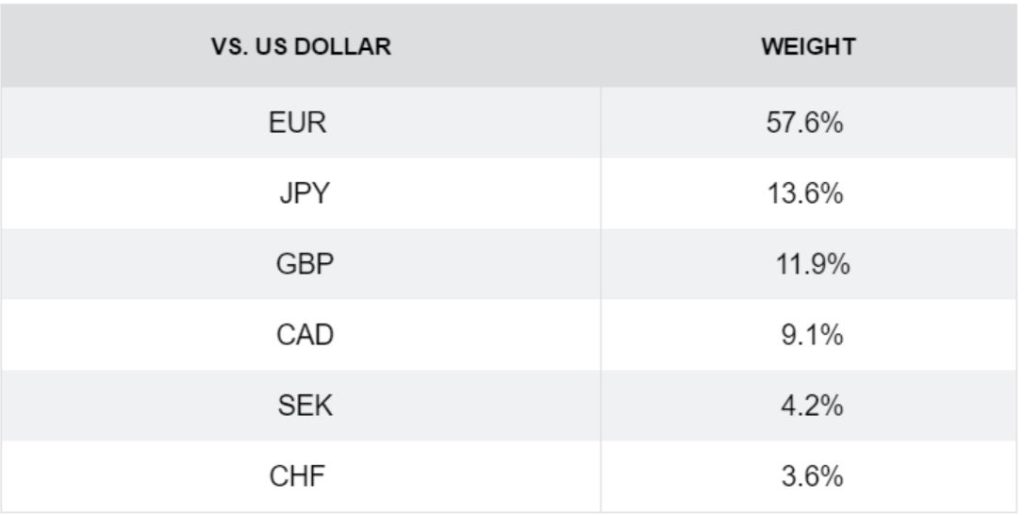 We know that the European Central Bank (ECB) and Bank of Japan (BOJ) are committed to a negative rate policy. With the uncertainty overhanging BREXIT and the possibility that Italy, France, and Netherlands hold similar referendums in 2017, should bias the euro to be weaker—possibly much weaker.

If this begins to impact equity markets—which we expect—the traditional flight to safety into the US Dollar should push the EUR to parity, the JPY back to 120, the GBP to 1.20, and CAD back towards 70 cents. The strength in the dollar should also be negative for commodity prices and oil in particular. Where CAD moves to ultimately will depend on where energy prices stabilize in the long run, which we think should be around $50 +/- $10. 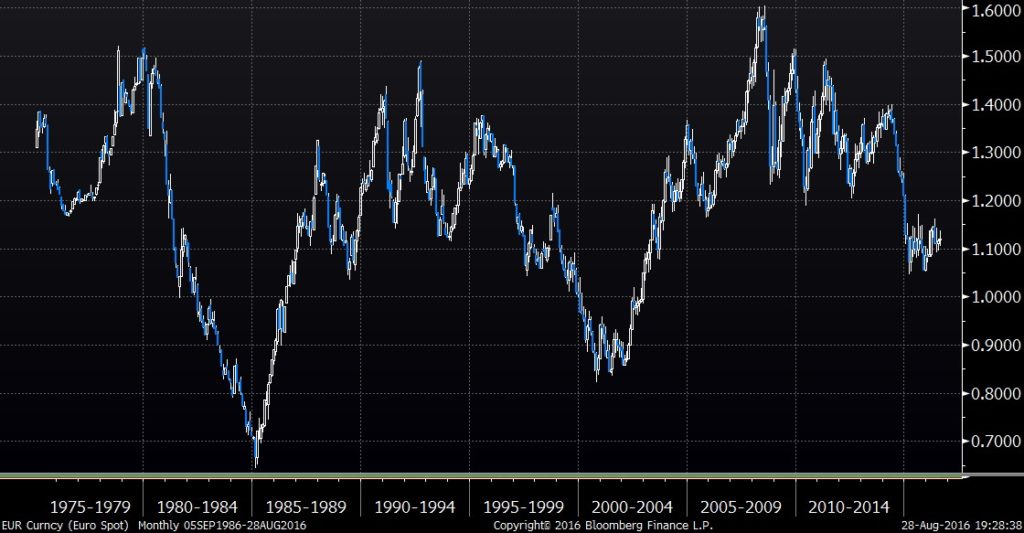 A look at the long-term chart versus the euro, we could see a worst-case scenario if some of the members leave the common currency in the coming years towards worst levels seen in the early 2000s after the tech bubble burst around 85.

The influence of a stronger dollar is typically bearish for crude oil and most commodity price, which historically should push the Canadian dollar lower. At least initially, impact from Yellen’s speech last week last week and reassurance from Deputy Chief Fischer that the Fed is on for at least one rate hike this year should lift the US dollar. My bet is that they move in September if this week’s US employment report (est. 180K) is reasonably strong as Q3 GDP is running at 3.4% according to the Atlanta Fed GDP Now.

I’ve suggested in recent weeks that US cash is a good defensive holding, but for the adventurous types that look to make money on the downside, unleveraged inverse ETFs that go up (1:1) when the market goes down priced in US dollars might be a good holding for the next few months (SH is short S&P 500, RWM is short Russell 2000) are ETFs that I use for clients when trying to protect portfolios on the downside. I suspect that the markets could test support from the post BREXIT lows should the Fed raise rates in September and the strong dollar adds stress to global markets.

Watch the segment online at BNN.ca – and note that the segment was supposed to be named such that we expect the US dollar *SHOULD* rise, we do not support the BNN headline that it “WILL” rise – nothing is certain: http://www.bnn.ca/larry-berman-why-the-u-s-dollar-is-going-to-rally-1.557075