Joe Biden formally announced parts of his economic policy on July 9th. His policies are listed here. As I have said before, I’m not a supporter of extreme left or right policies. I’m far more a centrist that believes in smaller government. So I’m not advocating for or against, I’m merely looking at what is or what likely will be and making a market judgement. Biden made his first real policy speech and the he following headlines hit the tape:

*BIDEN: WANTS TO RAISE CORPORATE TAX RATE BACK TO 28%
*BIDEN: ENDING THE ERA OF SHAREHOLDER CAPITALISM IS OVERDUE

Mobilize American manufacturing and innovation to ensure that the future is made in America, and in all of America. We’ve seen the importance of bringing home critical supply chains so that we aren’t dependent on other countries in future crises. But Biden believes we can’t stop there — he is releasing a plan today to build a strong industrial base and small-business-led supply chains to retain and create millions of good-paying union jobs in manufacturing and technology across the country.

Reverse tax policies that encourage outsourcing: Biden will end incentives in the Trump tax giveaway that allow multinationals to dramatically lower taxes on income earned overseas and allow the largest, most profitable companies to pay no tax at all. And, Biden will confront global tax secrecy and avoidance, taking on individuals and businesses that stash their profits in tax havens to avoid paying their fair share while tightening anti-inversion rules that Obama-Biden put in place and which Trump has sought to weaken.

Joe Biden is running for president to rebuild the middle class—and this time make sure everyone comes along. Toward that end, Biden is calling for a transformational investment in our country’s infrastructure and future: $1.3 trillion over ten years, to equip the American middle class to compete and win in the global economy, to move the U.S. to net-zero greenhouse gas emissions, and to ensure that cities, towns, and rural areas all across our country share in that growth.

Our nation’s infrastructure is literally crumbling. It is unacceptable that one in five miles of our highways are in “poor condition,” that tens of millions of Americans lack access to high-speed broadband, and that our public schools have repeatedly earned a D+ grade from the American Society of Civil Engineers. We are the world’s richest nation, but rank just 10th in the overall quality of our infrastructure, according to the World Economic Forum.

All these policies will have meaningful impact on profit margins. This means the markets are even more expensive than current expectations suggest. We simply will need to pay for the largesse of the past decade and more recently the devastation of COVID-19. In the long-term, an increase of minimum wages, is very good for the economy and consumption. But it’s not good for profit margins. Bringing supply chains back to America will push costs higher. Costs to business of reaching net-zero emissions will add to costs too. Cost push inflation with the overhang of all the debt, will likely lead to a long period of stagflation. This is not priced into markets and we are heading here with Trump or Biden.

From and investment standpoint, if Biden wins, what companies benefit most. It’s clear that infrastructure and clean energy will trump most other industries. There will be lots of pressure on Big Tech from a tax and competition standpoint. The best way to play infrastructure is NOT the traditional infrastructure ETFs that invest in pipelines and utilities. It’s steel and base metals—the products we need to build the infrastructure. The focus under Biden will be broad with and emphasis on clean energy. These are the two ETFs I will be buying into election weakness in the next few months. 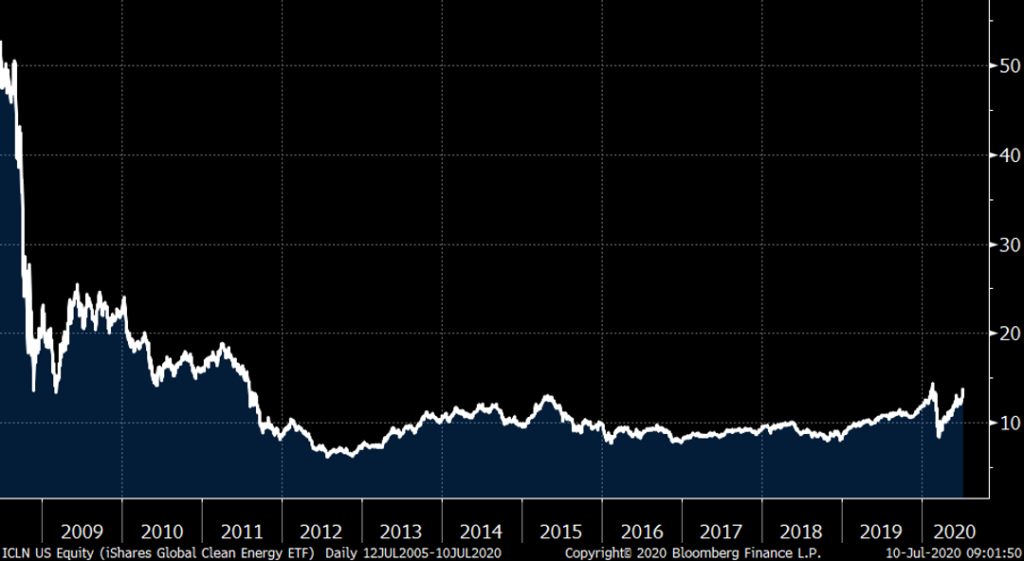 Subscribe to my NEW YouTube Channel where I will be focusing more of our investor educational efforts.