What Demographics Can Tell Us About Where to Invest

There have been changes in demographics trends (due to COVID) and not just because of the grim death toll. We have looked at the dire (ageing) demographics before, but we are seeing an acceleration in declining birth rates after measures limiting social contacts and the worst growth crisis in generations combined to prevent or dissuade people from having babies. It’s likely more than a temporary trend.

According to the world bank, the number of newborns has been dwarfed by plunging fertility emerging in national data for 2020. They range from France’s lowest birth rate since World War II, to Chinese authorities receiving 15% fewer registrations for babies.

That points to a potentially ruinous legacy of the crisis. Not only have governments racked up enormous borrowings to fund economic aid, but the supply of future taxpayers to service that debt and fund public pension systems now looks even thinner than it was. Such a blow would be particularly crippling in parts of Asia and Europe with aging populations.

Worsening demographics make sustainability of debt levels even more difficult to manage with the percentage of future tax payers falling relative to those receiving social benefits. Within two decades, 10% to 15% fewer adults may join the workforce, according a recent projection by demographers at the Lancet journal for the world’s population to start shrinking in the 2060s already risks looking obsolete, with an inflection a decade sooner.

A dropping birth rate is particularly evident in Italy, one of the first outbreak hotspots. Births in 15 cities there plummeted 22% in December, exactly nine months after the pandemic struck. Comparable effects are appearing elsewhere: Japan saw the fewest newborns on record in 2020, while Taiwan’s fertility rate fell below one child per woman for the first time.

Fiscally speaking, such outcomes are ominous. In the U.S. for example, even without the effects of the pandemic, retirees are due to outnumber children by the 2030s. In the European Union, the ratio of people over 65 to those aged 15-64, a key metric on the affordability of social services for the old, will probably deteriorate. That would exacerbate a situation that was already worsening, with pension spending rising by nearly a third between 2008 and 2016.

The crisis has been most damaging for people in the prime childbearing ages of their 20s and 30s. Research by the Guttmacher Institute found the pandemic led more than 40% of women in the U.S. to change plans about when to have children or how many to have. A study published by Germany’s IZA–Institute of Labor Economics projected that the drop in U.S. births will be 50% larger than during the 2008-09 crisis. Consultancy PWC predicts a “dramatic decline” in U.K. newborns this year.

Today, about 2/3 of the world’s population lives in Asia, a figure dominated by India and China. In a 2015 study, the World Bank made the following estimates. In the regional breakdown of the forecasts, we see that by 2100, Africa and Asia will be home to 4.4 and 4.9 billion people respectively and will account for 83% of the population. 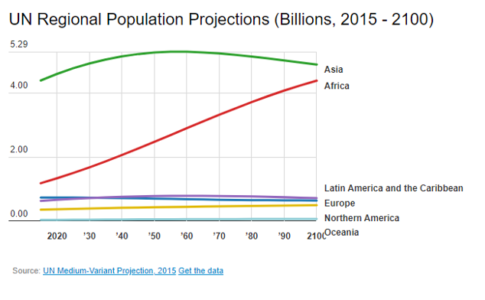 More than half of the global population growth between now and 2050 will occur in Africa (AFK), which will add 1.3 billion people to its ranks over the period. This 109 percent increase is by far the largest proportional change of any region. 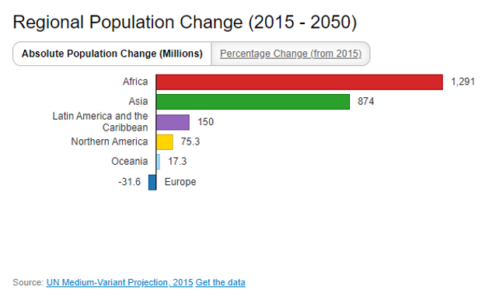 In absolute terms, Asia will be the second largest contributor to the increase in the world’s population and notably, Europe is expected to experience a shrinking population, falling 4.3 percent. Nigeria (NGE) will pass the U.S. population in the next 30 years. The vast majority of growth in North America will likely come from immigration. 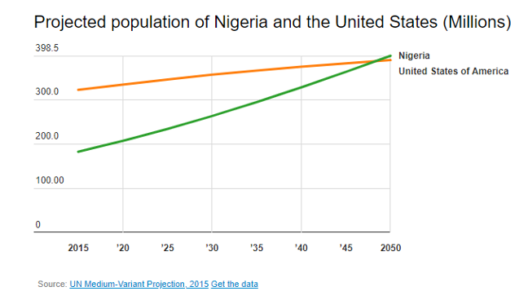 The other way to benefit is from the developed market companies that will benefit from the growth in the regions. China’s belt and road initiative has a huge leg up on US companies just due to proximity. The battle within technology leadership globally is a huge part of the next few decades as well.

This week in our weekly (Wednesday this week only) Spring 2021 Berman’s Call virtual roadshow we will take a deep dive in emerging market ETF opportunities. Register a www.etfcm.com or at www.investorsguidetothriving.com  The format this series will be a 30-40 minute weekly presentation that changes each week to current market developments and a 30-40 minute Q&A.