Why Investors Should Care About The Democratic Leadership Race

Super Tuesday March 3 is the big primary kick-off for candidates in the democratic leadership race where about one-third of delegates are decided. With Buttigieg dropping out Sunday night (and Steyer on Saturday), it appears that the motivation was to help Biden on Super Tuesday. DJT tweeted that they are trying to steal it from you again Bernie. We clearly know who DJT would like to face in November. The participating states included Alabama, Arkansas, Colorado (with caucuses), Georgia, Massachusetts, Minnesota (with caucuses), Oklahoma, Tennessee, Texas, Vermont, and Virginia. The key state is the swing state of Virginia where Bernie holds a lead 25% to 20% lead over Biden not factoring in Buttigieg dropping out.

It’s really the swing states that matter in our view. The red states generally stay red and the blue states generally stay blue. The math of the electoral college is always the key. In Canada, you need to win the GTA due to the density of seats and it almost does not matter what the rest of the country does. In the US, it’s about the swing states.

• Michigan is the first on March 10th where Bernie currently holds a 30% to 18% edge on Biden.
• Florida is on March 17th, and Biden holds the lead, but odds are Trump wins the State so Dem performance is less important. If Trump loses Florida he’s DONE!!!
• Arizona is on March 17th, and Bernie well ahead 30% to 15%
• On April 7th, in Wisconsin, Bernie holds a commanding 32% to 14%.
• On April 28th, Pennsylvania Bernie holds a commanding 26% to 19%, which interestingly enough Biden was born, though never held federal office in the State. He campaigned for Hilary in 2016 and clearly had little influence.
• These 3 states of PA, WI, MI Trump won by under 78K votes. There are more youth and less Trump supporters in 2020. There are also no new coal and steel jobs and trade wars have hurt far more than helped.

According to the website https://www.270towin.com/ the electoral college map looks as follows: 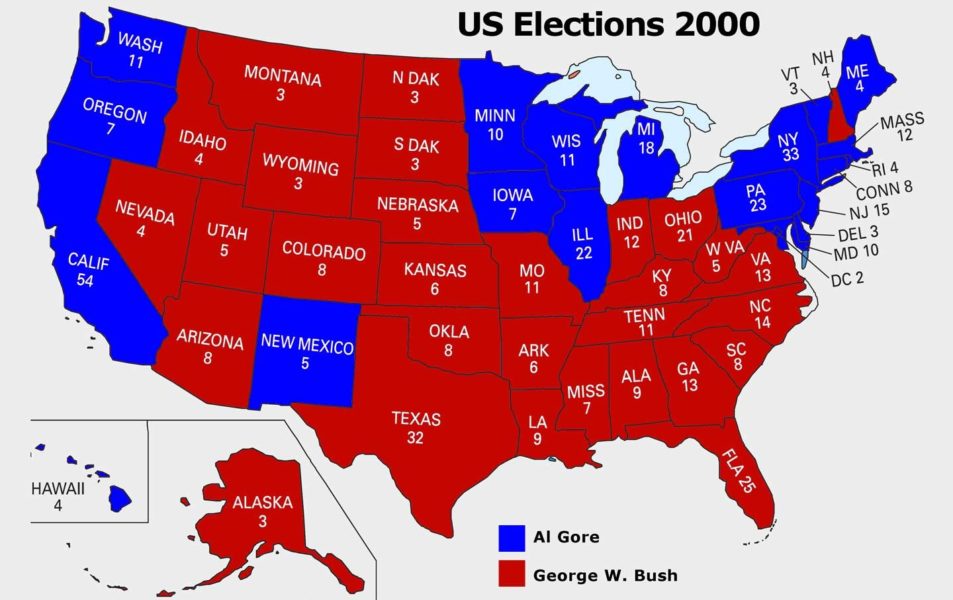 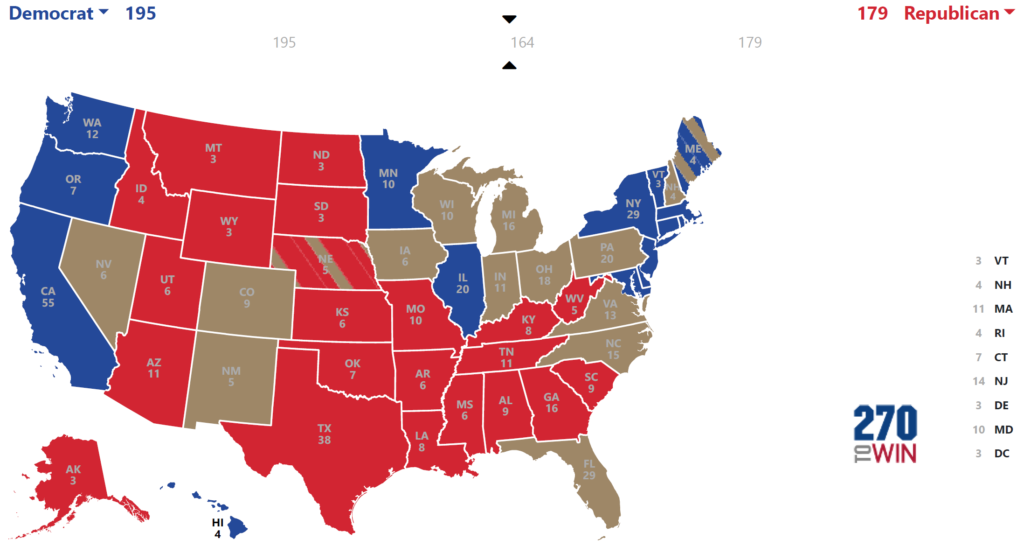 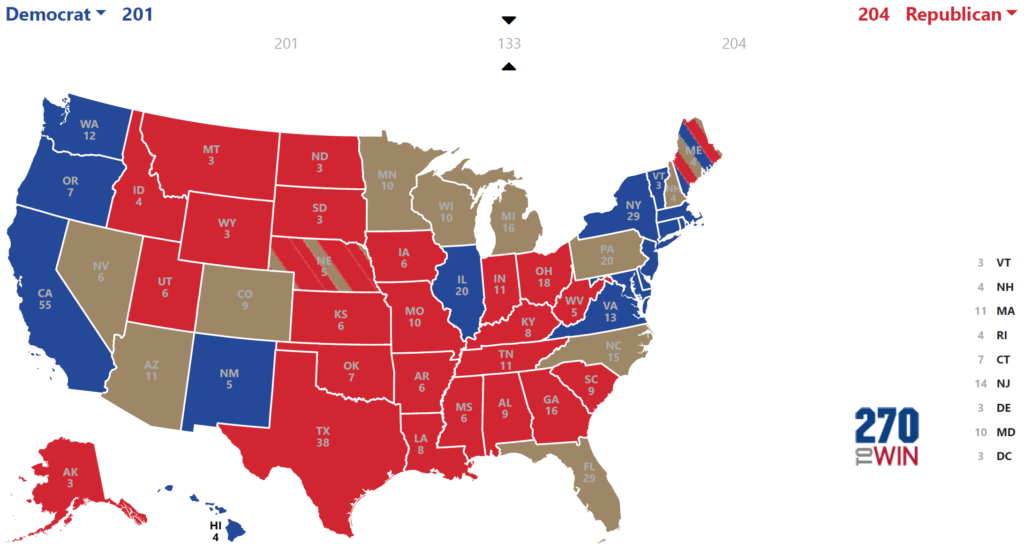 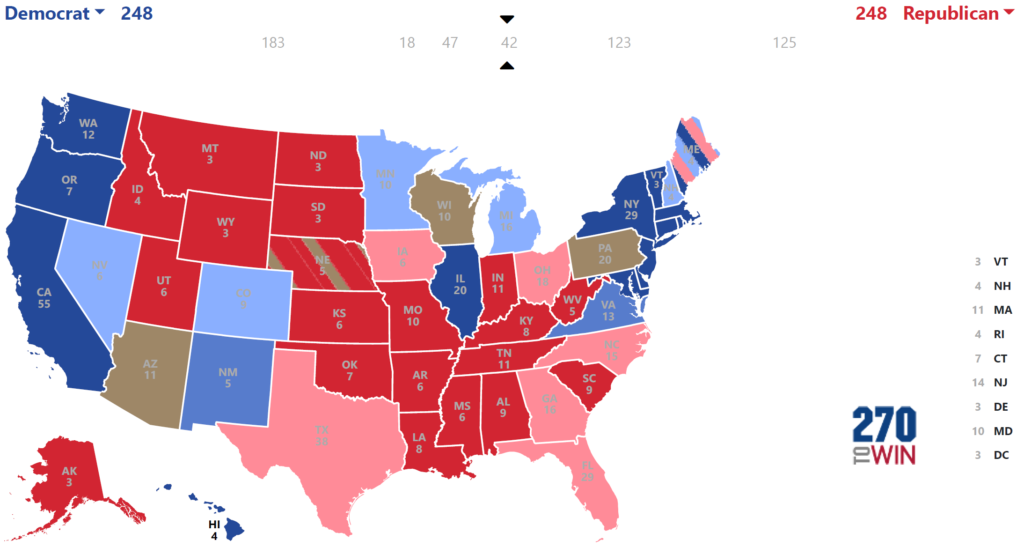 So the bottom line is PA, WI, and AZ that will probably define the election. The Winner needs PA and one of the others WI and AZ. So who should Bernie pick as a VP candidate that would help?

In a February 2019 interview on the Young Turks Network, Sanders laid out these criteria for his vice presidential shortlist. Given this wish list, we have come down with 5 candidates with Michelle Obama as a wildcard pick.

The reality for all septuagenarian candidates include who the VP choice might be. And we think it could help move the needle this time around as it did in 2008 when Sarah Palin crushed Sen. McCain’s hope (you’ve all seen the movie I’m sure) against Obama-Biden. Actuarial tables suggest that Trump has an 85% chance of living through 2024 and the number is slightly lower for the slightly older Dem candidate. Can’t have much more of a stressful job I would think.

In these days of growing uncertainty, alternative approaches to investing will likely be an increasingly important part of portfolios moving forward. The goal of alternatives is to get market based returns the are not the same as generic low-cost market beta. Beta is the market return and the market risk. As a base case, many look at the S&P 500 as “the market” or a beta of 1. Meaning if you simply bought any of the low cost ETFs that track the S&P 500, you would have a beta of 1 in your portfolio. You get all the upside and all the downside.

The idea in adding alternatives is to keep the same return as the market and lower your beta risk to something less than 1, or keep the beta at 1 and increase your return relative to the market. Either is a key goal in improving your sleep-at-night factor.

Our upcoming Spring BNN Bloomberg Roadshow will focus on how to include more active based ETFs into your portfolios. From ESG, Defined Outcome, to Alternative (long\short) each more active style has their place. Millennials might like to tilt portfolios towards a more environmentally friendly portfolio, where more risk adverse investors may like defined outcomes, while more adventurous may seek to make money in adverse conditions and might seek out alternatives. Come out to see how these new and growing areas of ETFs can be included in your portfolios.

Click here to register for free and as always, we ask for a voluntary donation in support of Dementia and Alzheimer’s research at the Baycrest Hospital to attend. We have raised more than $500,000 in the past decade thanks in part to BNN Viewers and a matching donation from Larry.