Last week a very influential US Bank CEO (Jamie Dimon) warned that longer-term US interest rates would be rising significantly. I think he’s out to lunch. He does see the equity bull market extending 2 to 3 more years and thinks the economy is strong enough to handle higher rates. 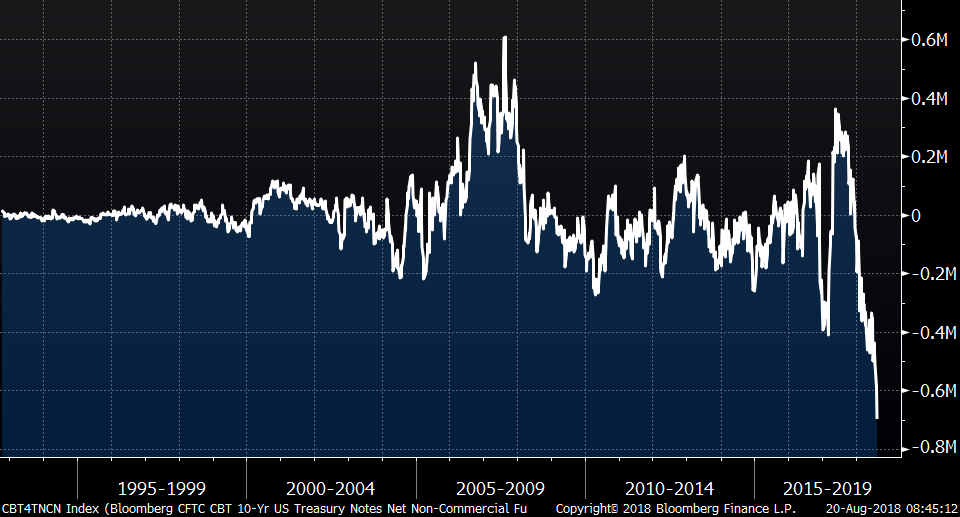 Speculative positions in the 10-year futures markets may agree with him, but this is seen as a contrary indicator by market analysts at extremes. And it’s never been more extreme!

The yield curve, the slope of where banks borrow (short) versus lend (long), is extremely flat. Banks refer to this as net interest margin, or the profitability of their lending business. The NY Federal Reserve recession probability index suggests we do not need to be concerned about a recession in the next year. But when we project where yields will be by mid 2019, the probability of a recession is extremely high unless you believe Mr. Dimon’s call for 10-year yields to go to 5%. 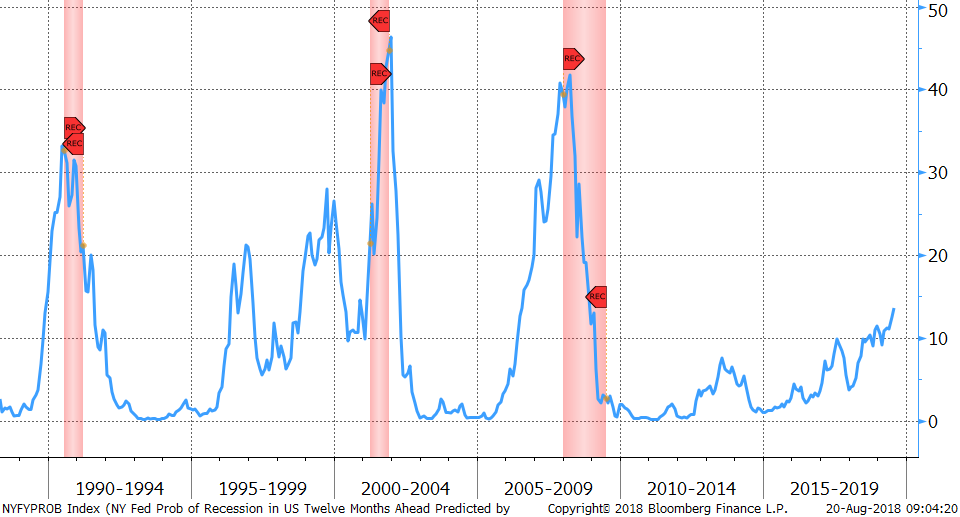 What history tells us about recessions and US equities is that the market discounts bad news. By the time a recession is officially labelled by the National Bureau of Economic Research (NBER), the damage is done. Post WWII, the average peak to trough recession has seen US large caps fall an average of 29% with a peak about 8 months before the recession begins. And while the markets tend to do well, because the economy is strong, in the years leading into recession, the debate continues as to if we have seen the best of that in 2017. 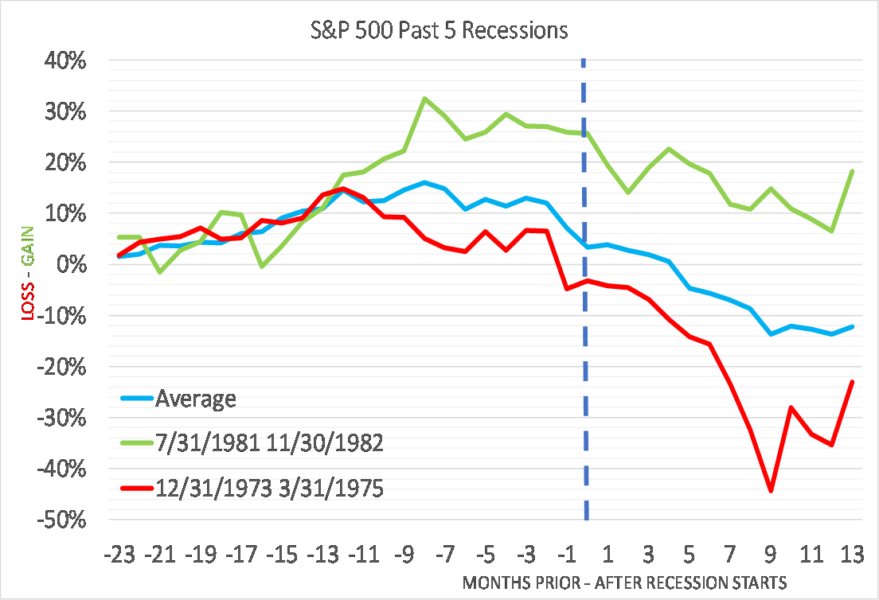 Don’t panic that bond yields are going to move significantly higher. Be more concerned that the economy would shut down and we would see more QE and negative interest rates perhaps during the next recession.