Why is the Yield Curve Still Flattening?

I have said many times over the years that the bond market is often the best forecaster of the economy, but it’s not typically until the yield curve inverts (when short term yields become higher than long term yields) that we must worry about what that means for equities. Based on the current shape of the curve and expectations for Fed policy, we could/should see the 10-year–2-year curve invert by the end of the first quarter of 2019. Historically, that means the probability of recession in the 12 months following the inversion is very high.

That said, some of the recent equity anxiety was stimulated by bond yields breaking some key technical support and many of the bond gurus predicting the end of the nearly 40-year bond bull market. I said at the time I did not agree and I still do not. In the next recession, I think the risk of negative yields in North America is pretty high. All the wonderful growth the world seems so enamoured with has been almost completely driven by zeroed interest rates and a massive increase of debt along with a decrease in the long-term savings rate. That is not good economic growth and the more debt increases, the harder it will be to get out of an era of extremely low rates.

One reason why U.S. banks may not have rallied on Friday after beating earnings is that the yield curve continues to flatten. While overall rates are higher than they have been (and, therefore, revenue is higher for banks), the yield curve continues to flatten and the profitability of the borrow-short and lend-long model is most profitable with a steeper yield curve. In fact, an inverted curve is very bearish for bank earnings. The bond market is saying banks will be less profitable in the future. Time will tell to be sure. 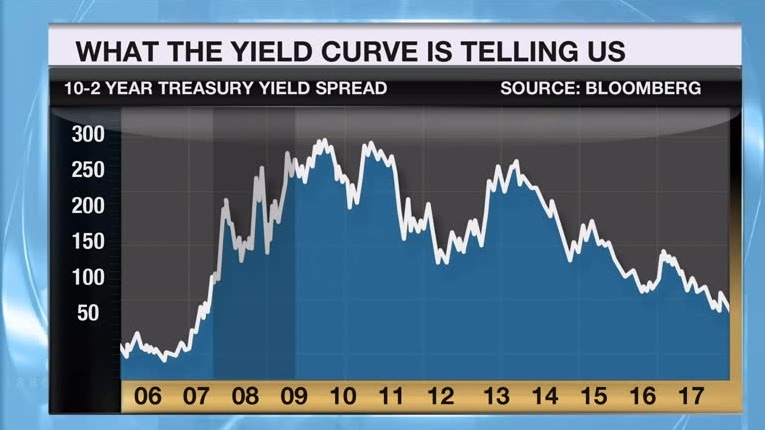 Economic slowing in expectation of falling rates in the future is about the only reason the curve should flatten. There are far more factors that should steepen the curve, yet the markets don’t lie. You can bet that a recession is lurking in the future to end what will be the longest post-WWII expansion in history. I see that risk coming in 2019-20.

Our upcoming seminar series is underway. Come out to one of the events and learn about what ETFs can help your portfolio with the uncertain economic backdrop over the next few years. Register free by clicking here. We ask BNN Viewers to make a voluntary charity donation to support Alzheimer’s research at Baycrest Hospital or Cancer research at the Hospital for Sick Children. 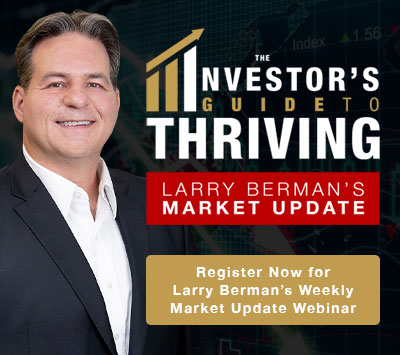